I am beyond excited to report that The Hull Werewolf ‘Old Stinker’ has surfaced again in the last few days, terrorising women with his human face and very, very, bad breath (hence his name). The two most recent sightings have been reported on in the Hull Daily Mail  ‘Women Says She Ran from Hull Werewolf Old Stinker’ and in The Metro ‘Woman Met Eight foot Werewolf Old Stinker With Human Face and Extremely Bad Breath’ (no prizes for those headlines).  The hairy beast has even caught the attention of dark rocker Alice Cooper who posted about him on his Facebook page and asked for further information. Look no further Alice I am about to make known my wolfish research!! 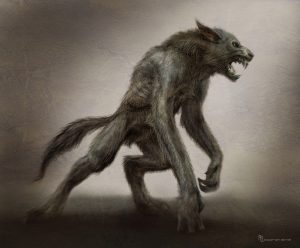 Old Stinker, or the Beast of Barmston Drain, is  part of my recent research (and a favourite of OGOM). I first wrote about him back in May in Ancient Werewolf Known as Old Stinker Sparks Folk Panic in the UK and followed this up with a more meditative piece on the significance of the werewolf’s relationship to the flesh and blood wolf in ‘Why I Believe in the Story of Old Stinker the Hull Werewolf’. I’ve been documenting his progress with interest following our Company of Wolves event and could not resist the opportunity to speak about him at the aptly titled Gothic North Symposium which is part of the Manchester Gothic Festival in October.  The full programme and tickets can be found here . My paper is listed as:

‘Wolves in the Wolds: The Wyrd Case of ‘Old Stinker’ the Hull Werewolf’

Some say Old Stinker was first reported on in the eighteenth century and is not a recent phenomenon, but his reappearance could not be more serendipitous or timely, given our work this very week on the book from our Company of Wolves festival. How very, very, exciting…don’t leave home without your Wolf bane!! 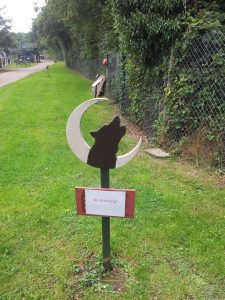 Associate Professor of Research, School of Humanities, University of Hertfordshire Co-convenor OGOM Project
View all posts by Sam George →
This entry was posted in OGOM Research, OGOM: The Company of Wolves and tagged Company of Wolves, old stinker, Werewolves, Wolves. Bookmark the permalink.