I Know What You Did Last Summer: Welsh Bigfoot to rival Old Stinker the Hull Werewolf 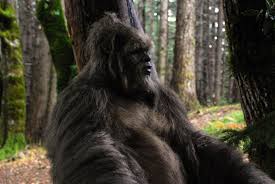 Sasquatch, a Yeti or Bigfoot like creature has been spotted in Welsh woodland according to British newspapers. He is now set to rival Old Stinker the Hull Werewolf in the history of British monsters, having been supposedly captured on film. Bigfoot is the name given to a mythological simian, ape, or hominid-like creature that is said to inhabit forests, mainly in the Pacific Northwest of America. Bigfoot, described as a large, hairy, bipedal humanoid, is a very American myth,  but now he has entered Welsh folklore, alongside the Ddraig Dragon! There is of course the Bwbachod, the Welsh equivalent of the Brownie, which is found in Sikes, British Goblins and Briggs’s Dictionary of Fairies. The Bwca (pronouned booka) is connected to the Brownie, and is a small hairy fellow up to three feet tall.  So maybe this creature is more Boggart than Bigfoot!

The Weirdest Welsh Mythical creatures can be found over on the spooky isles pages and the poet Gillian Clarke has listed her top ten Welsh myths you are likely to find in a children’s book in The Guardian. Mark my words the Welsh Yeti will be next!

The stories so far: 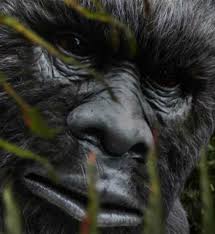 3 Responses to I Know What You Did Last Summer: Welsh Bigfoot to rival Old Stinker the Hull Werewolf