Day three of the unforgettable ‘Company of Wolves’ conference focussed on ‘wolf children’, a catch all phrase for feral or wild children who were believed to have animal parents or like Romulus and Remus were suckled by wolves. I attended the ‘Savage Playgrounds’ session which got underway with Colette Balmain speaking on ‘Hybridity and morbidity in Jo Sung-hees A Werewolf Boy‘ and also had stand out talks by Michael Brodski on ‘The cinematic representation on the wild child’ and Lisa Nevarez ‘Playgrounds in the zombie aplocalypse’ before devouring  wolf cup cakes ahead of my plenary. 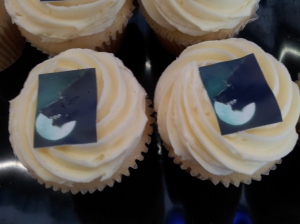 I was privileged to share my presentation slot with the writer Marcus Sedgwick. Marcus   has supported the OGOM project since its beginnings in 2010 and has a chapter in our Open Graves, Open Minds book. My talk was on storytelling, wild children and the state of nature, with special  attention to ‘Peter-the-wild-boy, whose story has special significance for the conference.  I spoke about literature’s role in giving wild children a voice, in such stories a gap is bridged and something lost is restored, perpetuating  the myth of  the noble savage and redeeming the much maligned figure of the wolf. Marcus developed this further in his insightful exploration of wolves and lies. Mouse from Marcus’s novel Dark Horse is one of the most compelling ‘wolf children’ I have encountered in fiction and so it was very special for me to share my presentation and question slot with him.

The conference pack included a sheet on ‘who was Peter the wild boy?’ and as the session drew to a close we headed for the coach to journey to the Hertfordshire grave of Peter. This was something of a pilgrimage for me and we soon found Peter’s plot in a rather picturesque spot under an aged tree. 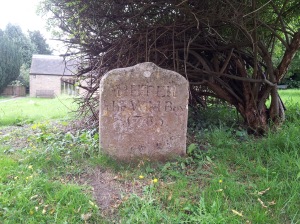 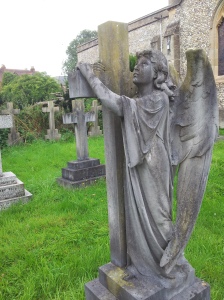 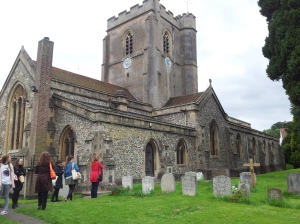 There was a wedding on inside the church and I was unsure whether I would get to see the other artifacts relating to Peter but after some waiting and hastily eaten sandwiches we did eventually get to meet the delightful Rev. Jonathan Gordon who showed us the wild boy plaque and portrait. 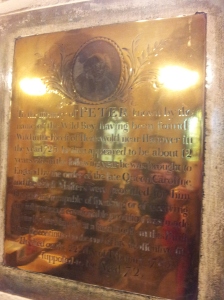 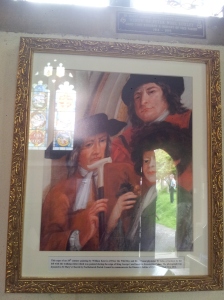 The day was already surpassing my expectations as we headed back for Marcus’s book signing and the closing plenary by Sir Christopher Frayling. We had advanced copies of Sir Christopher’s book on Angela Carter and the gothic and her work was the inspiration for our conference. It was the perfect end to a perfect day at ‘Company of Wolves’. I was moved and inspired in equal measures and so very happy to have succeeded in giving delegates a chance to peep ‘Inside the Bloody Chamber’. Sir Christopher’s talk was dazzling, drawing on all our conference themes and papers, from werewolves to wild children via Rousseau and from marionettes to fairy tales and company of wolves via Fuseli, Freud, Cocteau, Carter and Hammer horror. The breathless stream of references and anecdotes was seamless and cleverly structured around ideas relating to his own very close friendship with Carter and their shared adventures in literature and film, which had begun in Bath in the 1970s.  I was witnessing something very special indeed and the final day of  C.o.W. was brilliant from beginning to end. Reading the book I see that Carter noted that Frayling was ‘born on Christmas day- the day of werewolves’, and Frayling himself has confessed that ‘in a certain light my eyebrows meet in the middle’ (p. 17). Well that explains everything…what wonderfully serendipity!! 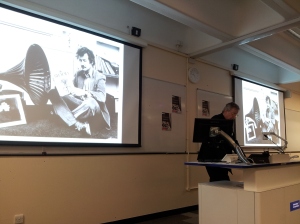 0 Responses to Wolf Children come alive at Company of Wolves