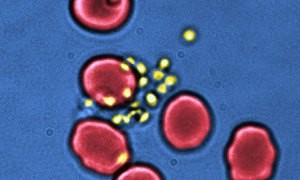 If our bodies are books of blood, then they can be read; we invite such readings and contributions where blood is the signifier. We are also interested in the analyses and representation of the literal presence of blood in our culture, the importance of the actual material substance of life itself.

Books of Blood was developed in 2015. It takes its name from Clive Barker,  ‘all humans ‘are books of blood—wherever you open us, we’re red’ . BOB, as it has affectionately become known, is now a touring exhibition and programme of events, a creative offshoot of OGOM. It is something of a bloody spree, which will hopefully span three venues in Hertfordshire, London and the Midlands, and launch in Limerick in 2017. Following the CFP  we have our artists and contributors but we need to refine things in order to secure our funding. The project was the recipient of a Small Impact Award and we used the funds for a bid writing workshop at Limerick Institute of Technology, with co-curator Tracy Fahey.  I’m a very big fan of Tracy’s work which straddles fine art and folklore and dwells on the gothic nature of illness. It has brought us the death salon (for the terminally ill) and many workshops featuring patient narratives.  Her paper ‘Unveiling Occluded Patient Narratives’ at the Manchester Gothic Festival  really struck a chord with me and I knew I wanted her to come in on the ‘Books of Blood’ project.

Tracy and John are both sufferers of type 1 diabetes and they have drawn on this creatively in their practice. Tracy likes to think of us as ‘mongrels’ because as we are all hybrid in our areas of research and will thrive on cross fertilisation. She is a published writer, a teller of tales, a fine artist and salonniere and John is a philosopher, contemporary painter and video artist. My own research began at the interface between literature and science, in the feminised culture of botany and plant lore (before I went over to the dark side).

On our arrival in Limerick the Liffey was wonderfully grey and gothic, but our ideas soon sprang forth, inspired by Guinness, potted crab and soda bread. 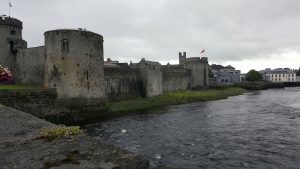 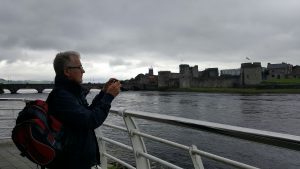 The next day we met with Tracy to begin our bid for the Art Award at the Wellcome Trust. Limerick School of Art and Design is housed in an ex Magdalene Laundry , an institution for fallen women, and the art space has its own confessional. This space of sin and suppression will accommodate our books of blood. The other venue will be the tavern The White House, home to the Limerick and the new poetry revival  which will host the performance elements of the show. 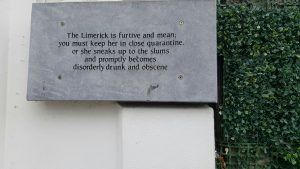 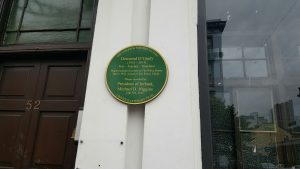 The exhibition will feature objects or artefacts from the Wellcome archives on the history of blood juxtaposed with contemporary creative pieces and performances. We want to show the dialogues between art and science emanating from our books of blood and have chosen three pathways (or creative arteries) between the two – narrative, lore and instrumentation (diagram below). 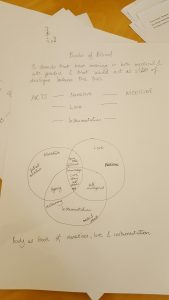 We also have a timetable of completion (pre and post bid) and have begun work on the costing (which is always tricky). Many ideas have burst forth including money for artists in residence. We want the artists to be visible to the public and to create their bloody works while the exhibition is on. I’m beyond excited about this!

Following the workshop on the streets of Limerick I was asked by a young Irish girl if I believed in mermaids. It was a random yet strangely serendipitous question, given my fairy tale writings, my interest in shapeshifters and the fact I was leaving for the coast the next day. According to Gaelic legend, the Merrow frolicked in the frigid waters of the rugged Irish coastline. These alluring sea creatures were women from the waist up, and fish from the waist down. At OGOM we celebrate mythical tales of the sea and Kaja and I both included Hans Andersen’s ‘The Little Mermaid’ (1837) in our top ten shapeshifters (mine is the retro one here).

Coincidently, ‘The Little Mermaid’ is also a tale of blood. Tragically she can only return to the sea when the spilled blood of the man she loves splashes onto her feet (causing them to grow together again to form a tail). And in a moment of strange serendipity I remembered that I had written a story for the blood project in homage to Andersen called ‘The Little Sugar Maiden’. It re-imagines the managing of bodily pain in the original story through the theme of diabetes. As John and Tracy are diabetics, self-managed or invisible illnesses are going to be a major theme of ‘Books of Blood’. 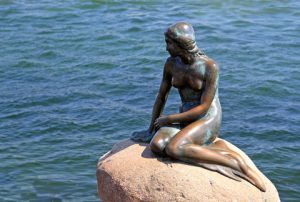 Mermaids signify inspiration and imagination for me, following John Donne (‘teach me to hear the mermaids singing’ from ‘Go Catch a Falling Star’). I know the mermaids will sing to me and the girl’s question will be a good omen. If there is one place where there are mermaids singing it is around the Cliffs of Moher which was the next stop off point on our trip. 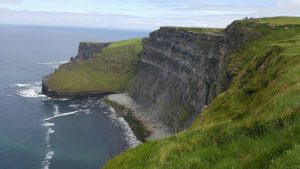 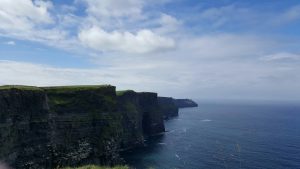 The Galway coast is also rather magical and it has its own micro climate where a lunar landscape allows Mediterranean flowers to thrive unregarded inside the rocks. This is an ideal spot for botanists like myself and one which I hope to return to for some foraging and plant collecting. 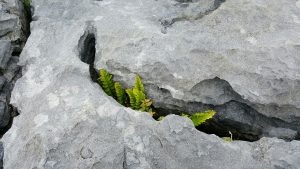 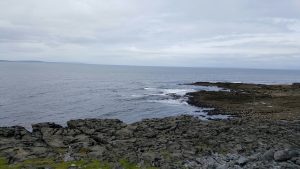 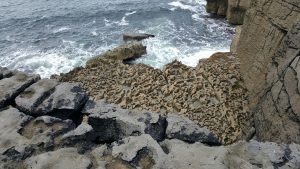 One of our aims for the project is to set up an Erasmus scheme between the universities one that will lead to further travel and exchange and I’m already looking forward to returning to the Emerald Isle (where I’ll pick up some more books on folklore in Limerick’s Celtic bookshop).

I’m going to be blogging regularly about ‘Books of Blood’ and I’ll be adding more material to the tab on the site shortly.  Thanks to Tracy our trip to Limerick was inspired. Next step London in September for our object search. 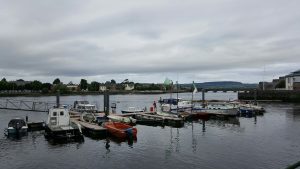