Congratulations to Jillian Wingfield who yesterday submitted her thesis: ‘Monsters: Dreams and Discords: Twenty-First-Century Vampire Fiction and American Culture’. Jillian got a mention in the preface to the Open Graves, Open Minds book as embarking on her journey into American vampires and I have been on her supervisory team ever since so it is wonderful to see the lively research that has now come into fruition.

Jillian’s thesis picks up where Nina Auerbach’s seminal study Our Vampires,Ourselves left off in 1995 – somewhere in the Reagan years of the twentieth century with  Joel Schumacher’s Lost Boys (1987) and Kathryn Bigelow’s Near Dark (1987). Auerbach, a seminal scholar of vampires and the fantastic,  retired in 2010 and sadly died in 2017 (click here for her obituary in the New York Times). At the end of the twentieth century Auerbach  announced that vampires were due ‘a long restorative sleep’; Jillian’s research sees them waking up in the new millennium on a journey that begins with Twilight and ends with Trump! She follows their re-animation through the following stages:

Chapter one: ‘In the face of such terror’: Guillermo Del Toro and Chuck Hogan’s The Strain Trilogy

Chapter two: ‘behind the monstrous’: America’s Home-made Vampires in Justin Cronin’s The Passage

Conclusion: ‘with these have grown […] something greater than before’: Vampires, Undying Fear, and Power Dynamics in the United States of America

Jillian’s research is supported by the OGOM Project and a generous bursary from the Literature Department at the University of Hertfordshire.  Congratulations on your completion Jillian. See you at the IGA Conference in July!! 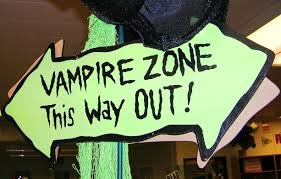