Literature for the Living Impaired: Teaching Zombie YA Fiction 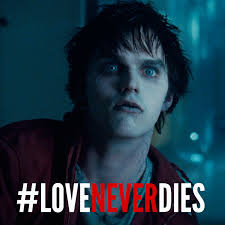 Histories of zombies tend to focus on their reanimation in film and understandably privilege the birth of the Romero zombie. The ‘living impaired’ in literature are often overlooked in these accounts, together with their relationship to folklore, so I appreciate this short slide show on Zombies in Literature which links to zombie myths from around the world (e. g. Nachzehrer (German); Vetela (Hindu); Zombi (Haitian); Wendigo (Native American); Gashadokuro (Japanese).

Roger Luckhurst’s Zombie’s: A Cultural History (2015) is seminal of course, but it does overlook the humanised or sympathetic zombie of young adult fiction, which is exactly my kind of zombie (at least the one I will be discussing in my Generation Dead: YA Fiction and the Gothic workshops over the next few weeks). In previous years I have relied on Fred Botting’s ‘Love Your Zombie: Horror, Ethics, Excess’(The Gothic in Contemporary Literature and Popular Culture, pp. 19-37) for a critical take on zom rom com and Bill Hughes’s, insightful ‘‘Legally Recognised Undead’: Essence, Difference, Assimilation in Daniel Waters’s Generation Dead’ (Open Graves, Open Minds, pp. 245-264). This year I am blessed to have Stacey Abbotts Undead Apocalypse: Vampires and Zombies in the Twenty-First Century (2016). Stacey’s ‘Be-Me: I-Vampire/ I-Zombie’ (pp.142-177), fills the gap left by Luckhurst’s book and allows the sympathetic or reluctant zombie to find a voice, a pulse, a heart. This ‘differently biotic’ twenty-first-century zombie ‘walks among us’, shuffling in the footsteps of its charismatic undead cousin, the vampire. It is more likely to cite Lennon’s ‘Imagine’ and re-enact Romeo and Juliet than trigger an apocalypse!

As she says this I begin to notice things. Sharp points of pain all over my body. I hurt. I pat myself down, and find my clothes sticky with blood. Not the dead black oil that once clogged my veins. Bright, vivid, living-red blood. Julie presses her hand into my chest […] against the pressure of her palm I feel it. A movement deep inside me, a pulse. 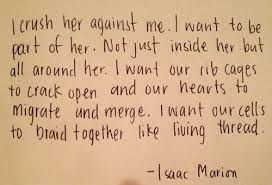