Posted on 24th January 2018 by William the Bloody 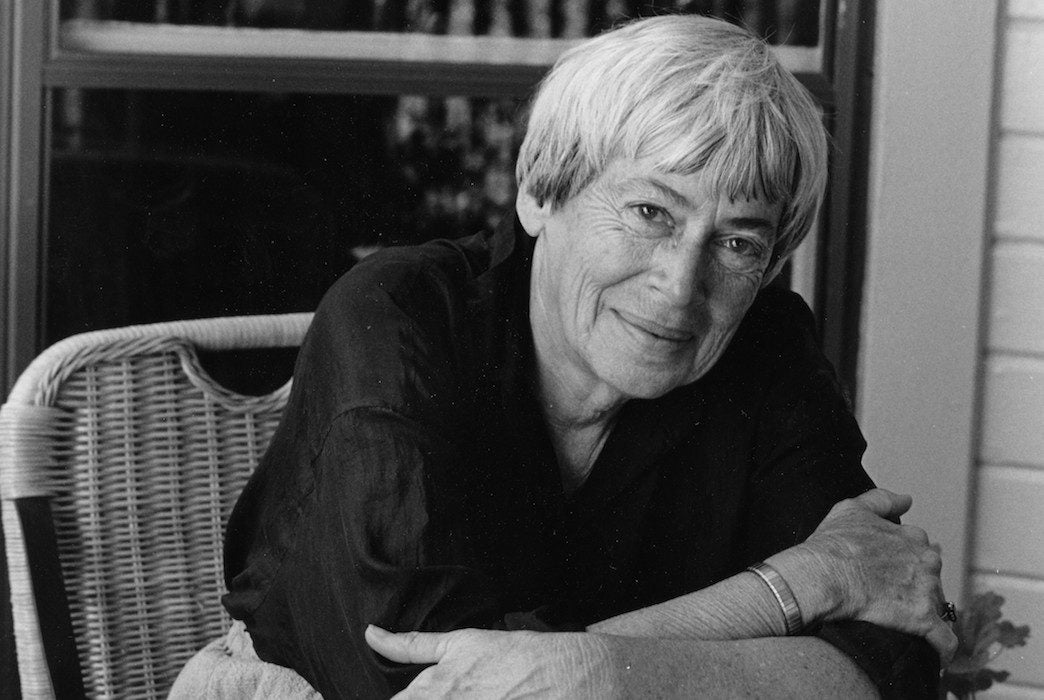 It’s very sad to hear of the death of Ursula K. Le Guin, aged 88. For me, no other writer of SF or fantasy reaches the heights that she did. She was a writer of great intelligence, and an intelligence that was subtle, probing, and open-ended. Her characters have a depth unusual for those genres. Her fertile imagination was rooted in a deep awareness of the boundless variety of human culture (possibly acquired in part from her father, the anthropologist Alfred Louis Kroeber). Allied to this is the absence in her work of that positivism and determinism that almost always dominates the genre of science fiction: she was a humanist to the core. She was, of course, also a political radical—ardently feminist and inspired by a visionary strand of anarchism. And her powerful narratives are composed in an elegant, often lyrical style that is, once more, rarely found in SF or fantasy.

I would single out The Left Hand of Darkness (1969)—a tremendously moving account of cultural and sexual difference, an adventure story and a love story interspersed with invented myths.

I’m torn between that and The Dispossessed (1974); this is a utopian fiction unlike any other that I know of. Its uniqueness lies in the way that it is dynamic; rather than trying to represent the perfected society, it depicts an anarchist utopia in the process of formation, encountering obstacles and taking wrong turns. This is a dialectical exploration, where the anarchist society emerges out of and is pitted against a world much like ours at the time of its writing, divided between advanced capitalism, authoritarian socialism, and an exploited Third World. One brilliant touch is the way that these political conflicts are reflected in the scientific theories about the nature of time that are argued about in the novel and that (like the societies) await their synthesis and transcendence.

Then, there is Le Guin’s famous Earthsea series (originally a trilogy) for young adults. This illustrates vividly her sense of the variety of human culture, with its tales of wizards and dragons traversing the diverse islands of the vast archipelago that is Earthsea. There is a profound concern with the relationship of language to reality, explored through the apparatus of casting spells. Again, the depth of her characters and the attention she pays to their development is to be celebrated.

The obituaries and repostings of articles for her have been pouring out. Below are a few links to some interesting pieces (which might serve as a permanent resource of critical thoughts for researchers on Le Guin). There are other posts on Le Guin on our blog, so please search if you’re interested.

Dimitri Fimi has a thoughtful piece in The ConversationUrsula K Le Guin’s strong female voice challenged the norms of a male-dominated genre: ”.

Julie Phillips in the New Yorker has an excellent overview of Le Guin: ‘The Fantastic Ursual K. Le Guin‘.

Margaret Atwood talks about Le Guin’s work in this review essay for the New York Review of Books: ‘The Queen of Quinkdom‘.