Redeeming the Wolf / Reclaiming the (Were)Wolf

Posted on 15th November 2017 by firekrank

As I am sure you are aware, it’s only three days until our Being Human event, ‘Redeeming the Wolf: A Story of Persecution, Loss and Rediscover’. There’s still time to book if you wish to learn more about wolves. I wrote a blog about the event for the Being Human website which you can read here. However, in this post, I wanted to go into a bit more detail about what I will be talking about on the day – without giving away too much. 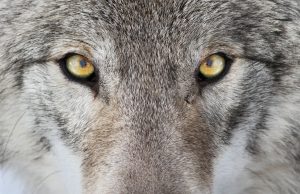 My section is on the relationship between the depiction of wolves in popular culture and the monstrosity of werewolves. It is based upon my PhD research. Although, since it is being condensed into a 10 minute talk, it’s actually about the central question: When it comes to werewolves, w(h)ere’s the wolf? (I’m inordinately proud of that pun). Early on in my research, I found myself searching for the elusive original content that would make my thesis sing. I spent three months reading and making notes on the key texts which look at werewolves and two things became apparent to me. Firstly, most of the texts which looked at werewolves start with locating the Ur-werewolf. They concentrated on historical accounts of man-into-wolf transformations or folklore, attempting to discover the ‘root’ of the werewolf myth. Werewolf literature was generally ignored and when it was mentioned it tended to be very early texts. Contemporary werewolves did not get much coverage. If I could sum this up it would be that we accept vampires as literary monsters, zombies as screen monsters but the werewolf is atavistic, a creature of ancient folklore.

If I’m honest, I think this is partially academic snobbery. In order to prove that a figure from popular culture is worthy of study, it seems to be imperative that it has an ancient lineage. If you can argue that the first werewolf was Enkidu from ‘The Epic of Gilgamesh’, considered to be the earliest surviving example of literature, then it lends your research a certain gravitas and historicity. From then on, it’s just a matter of joining the dots every time someone turns into a wolf in a text suggesting there is a clear progression from Enkidu to Scott McCall from MTV’s Teen Wolf (2011-2017). I find this approach a little reductive. I also think it is partially shaped by faulty understanding of folklore. It is an attempt to suggest that all accounts of man-into-wolf transformations are intrinsically linked speaking to a greater truth. There is also the tendency, if you follow this approach, to appropriate stories, legends and folklore from different cultures, labelling all of them as werewolf narratives. It’s understandable: we want to find patterns. (I also have a theory that on some level, people who study werewolves are hoping that they will discover that their favourite monster actually does exist). I find it more useful not to search for universal monsters but universal themes. Werewolves, as we understand them in contemporary Western popular culture, may not have an ancient lineage. But human to animal transformations appear in many different times and places to very different effect. Man-into-wolf transformations are particularly prevalent. Clearly, there is something important about this dividing line between human and animal, and the wolf is an animal which tangles with this boundary in a variety of ways.

This leads me onto the next thing I noticed: we tend to come to werewolf from the point of the view of the human. Werewolves tell us about the beast within, about masculine violence, about female violence, about all of the worst traits of humanity. Werewolves remind us that at the core of human identity is a monstrous animal desperately trying to claw itself out. Of course, this is partially true – I have condensed a lot of werewolf criticism into two sentences here. But it is notable that even when we are looking at more sympathetic representations of werewolves, it tends to be read as a growing acceptance of human otherness rather than the animal Other. Equally, when wolves are mentioned positively in werewolf criticism, they tend to be used as vehicles for the redemption of victimised human identities rather than the wolf itself. Obviously, these critiques are engaging, well argued and very important additions to the study of werewolves. The purpose of literary criticism is to open up the text not ‘solve’ it with one reading. However, for my purposes, the anthropocentric nature of werewolf criticism means that the wolf, a living creature, an individual, tends to be ignored.

So what does that mean for the wolf, the other half of the werewolf? Well, if you want to find out about that, you’ll need to get a ticket to ‘Redeeming the Wolf: A Story of Persecution, Loss and Rediscovery’.

This entry was posted in Critical thoughts and tagged BeingHuman, Werewolves, Wolves. Bookmark the permalink.

2 Responses to Redeeming the Wolf / Reclaiming the (Were)Wolf