Ted Hughes described this time of year as ‘The month of the drowned dog’ in his evocative poem ‘November’ where after long rain ‘the land  was sodden as the bed of an ancient lake/ Treed with iron and was bird less’. With the darkening days and inevitable rain November also brings with it ‘the black dog’ (the name Churchill famously gave to his depression). The actual legend of the Black dog or ‘Barghest’ is very intriguing. The spectral black dog is found in many parts of England. There are many Black Dog Lanes up and down the county. As a rule the Black Dog is described as about as big as a calf, shaggy and with burning, fiery eyes. It is sometimes called Capelthwaite, Padfoot or Shag in the North and it is generally death to touch or strike it. There is an interesting article on the Black Dog in vol 59 of Folklore published by Folklore Society  and it also gets a mention in Katharine Briggs, Fairies in Tradition and Literature (which is an excellent source for most things fay).

Whitby, the setting of Bram Stoker’s novel Dracula is often linked to this mythical dog (and of course Dracula arrives in Whitby in the form of a dog or wolf). In a fun twist an app has been launched exploring the black dog legend to coincide with the 125th anniversary of Stoker’s visit to Whitby. It takes visitors on a tour of places linked to the mythical dog  (a six-mile walk along the Cleveland Trail from Kettleness to Whitby – so not for the faint hearted) 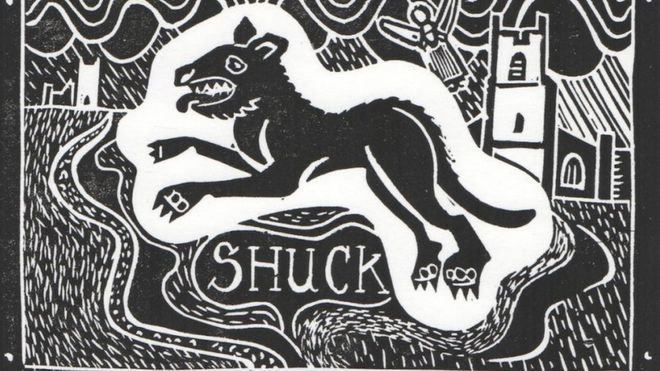 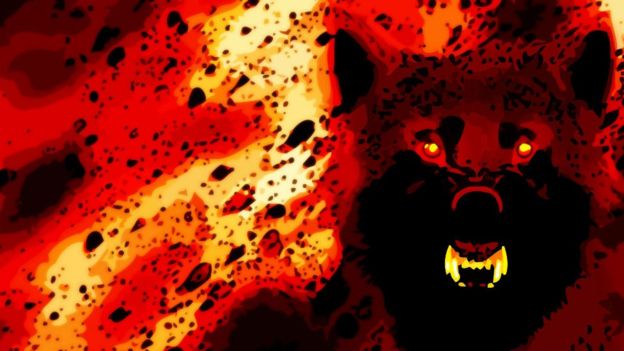 Black dog, drowned dog, phantom dog, dog eat dog. Does anyone remember Dogtanian the canine musketeer? Just the tune of this animation alone is guaranteed to chase away the black dog or what Kaja has called the Post Hallowe’en Blues……absolutely dogtastic!!!