Carmilla: the most ambiguous female vampire in fiction? 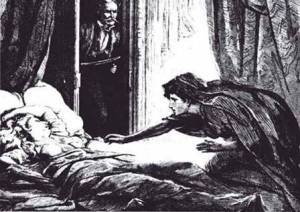 Listened to the thrilling dramatisation of Le Fanu’s ‘Carmilla’ on Radio 4 Extra tonight by candlelight whilst the wind howled outside and I contemplated my pile of marking. Love the ending of this story and the trope of the portrait and the masked ball and the wonderful  illustrations to the first edition. I recommend the Valancourt Books version that has these, together with a lively introduction and splendid appendices….after listening I reached it down off the shelf again and turned to the final passage:

‘To this hour the image of Carmilla returns to memory with ambiguous alternations – sometimes the playful, languid, beautiful girl; sometimes the writhing fiend I saw in the ruined church; and often from a reverie have I started, fancying I heard the light step of Carmilla at the drawing room door'(p.85). 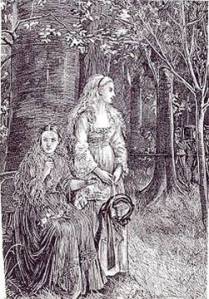 Associate Professor of Research, School of Humanities, University of Hertfordshire Co-convenor OGOM Project
View all posts by Sam George →
This entry was posted in Reviews and tagged Carmilla. Bookmark the permalink.

0 Responses to Carmilla: the most ambiguous female vampire in fiction?