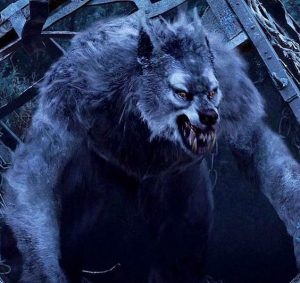 In the week that I have been bemoaning the lack of English werewolves, following the sightings of Old Stinker in Hull, the story of  the Werewolf of Dogdyke in Lincolnshire has re-emerged!! This werewolf was first recorded in 1926 when one Christopher Marlowe, who lived in nearby Langrick Fen, supposedly found a skeleton of a half-wolf half-man creature buried in the peat. He took the corpse back to his house and was later awoken by the head of a large wolf looking at him through the window. This interests me because the creature is very shadowy and appears also in wolf form. I have been thinking about the werewolf as spectre or shadow wolf  in recent weeks. I will be looking into the history of wolves in this area and I am sure Kaja will be delighted that newspapers are reporting that there is a werewolf on the loose in Lincolnshire where she grew up….just in time for her viva! It has not escaped my sense of irony that the creature belongs to Dogdyke, the perfect place to find wolf dogs….and it also appears to be overrun with hares (familars?) on which the werewolf is feasting. 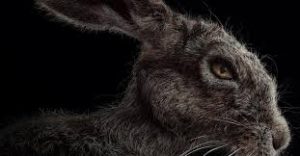