Why Would Anyone Be A Goth? 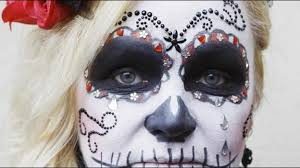 I’m posting a link to this BBC World Service Programme on gothic subculture for our Generation Dead: Young Adult Fiction and the Gothic students as it looks very pertinent to the debates we’ll be having next year particularly around difference, Sophie Lancaster and hate crime. It features Catherine Spooner on being drawn to all things goth.

Goths: The Why Factor

Why would anyone be a goth? What is the appeal of this dark and spooky subculture that embraces death, pain and sadness? Goths have been attacked, abused and are often misunderstood, but still choose to stand out – dramatically – from the crowd.

Catherine Carr talks to goths about their music, their dress and their love of the darker side of life. Why has this scene that began in the UK in the late 1970s and has spread worldwide, adapted and endured?

She hears from gothic vlogger, Black Friday, about how others react to her striking style and that of her goth husband, Matthius; she learns from Dr Catherine Spooner of Lancaster University about the role and influence of gothic literature in the goth scene and finds out from Professor Isabella Van Elferen of Kingston University, London about the transcendental power of goth music. Catherine talks to gothic blogger, La Carmina, about the extraordinary and extreme goth scene in Japan that includes body modifications; Dr Paul Hodkinson of Surrey University explains the enduring appeal of the subculture and why once a goth, you’re always a goth. And she meets Sylvia Lancaster, whose daughter Sophie, a goth, was murdered because of the way she looked.

Associate Professor of Research, School of Humanities, University of Hertfordshire Co-convenor OGOM Project
View all posts by Sam George →
This entry was posted in Generation Dead: YA Fiction and the Gothic news and tagged gothic subculture, Sophie Lancaster. Bookmark the permalink.

1 Response to Why Would Anyone Be A Goth?