Do Witches Steal Egg Shells: The Curious Origins of the Easter Bunny and the First Hot X Bun

My childhood Easters always revolved around ‘egg rolling’ which would take place before Easter breakfast and would be signalled by a loud announcement that it was ‘egg rolling time’. The eggs were hard boiled and decorated the night before with each family member having their own pace egg. Floral and animal designs were popular (rabbits, bees, owls).  I once tried a cockatrice as I heard it grew from an egg! Egg rolling was a bit like playing marbles with eggs and each egg that cracked was eliminated until only the champion egg remained. The loser eggs were eaten cold with salt and hot X buns as part of the Easter breakfast and the winning egg which had remained intact would be placed in a display at the centre of the table. I used to boil mine in vinegar to make it harder and select it carefully for its shape. Many Cumbrians roll their eggs down grassy knolls (this may be symbolic of the rolling away of the rock from Jesus’s tomb before his resurrection) but I always preferred the ceremony to be indoors which meant the eggs could be eaten. It was traditional to crush the broken egg shells so that they were not stolen and  used as boats by witches (though I was secretly excited by this). 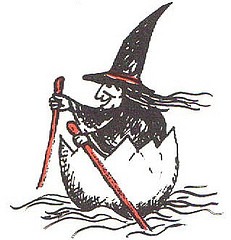 Curiously, the Easter Bunny was not part of our celebrations nor were egg hunts. There are some unusual ideas around this tradition. ‘The surprising origins of the Easter Bunny’ claims that:

The ancient Greeks thought rabbits could reproduce as virgins. Such a belief persisted until early medieval times when the rabbit became associated with the Virgin Mary, who we know became pregnant without knowing man. During the medieval period, rabbits began appearing in illuminated manuscripts and paintings where the Virgin Mary was depicted, serving as an allegorical illustration of her virginity.

The Easter Bunny was first popularized as a symbol of the season by the German Protestants. It is likely they were the ones to invent the myth of the Easter Bunny for their children. Even in earliest folklore, the Easter Bunny came as a judge, hiding decorated eggs for well-behaved children. 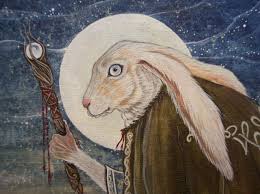 It is the first time I have heard mention of virgin rabbits! Since moving South  I have learnt that the Hot X Bun was pioneered in St Albans by the monks in the original abbey and so the road were I live can claim the first hot cross bun! The Abbot’s Kitchen still serves the original bun.  They are hand-formed, so they are a less regular shape and the cross on the top is formed by a knife – there isn’t a piped cross – and the bun has a distinctive, spicy taste. 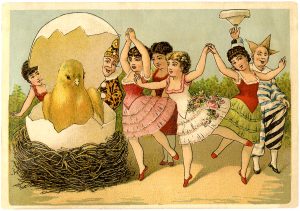 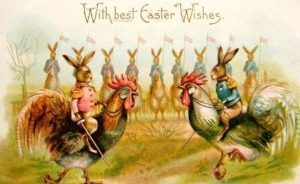 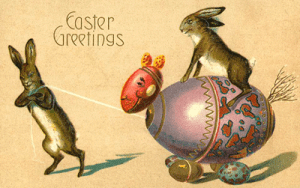 and mad hares trapped in eggs …… 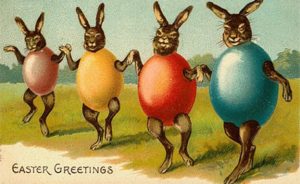 2 Responses to Do Witches Steal Egg Shells: The Curious Origins of the Easter Bunny and the First Hot X Bun