The Cuckoo in the Nest: Changelings in YA Literature

Posted on 9th October 2017 by firekrank

‘Changelings. The eagerness of FAIRIES to possess themselves of human children is one of the oldest parts of the fairy beliefs and is a specific form of FAIRY THEFT. Mentions of the thefts of babies are to be found in the MEDIEVAL CHRONICLES of Ralph of Coggeshall and Jacobean times, and right down to the beginning of the present century. The fairies’ normal method was to steal an unchristened child, who had not been given proper PROTECTION, out of the cradle and to leave a substitute in its place. This ‘changeling’ was of various kinds. Sometimes it was a STOCK of wood roughly shaped into the likeness of a child and endowed by GLAMOUR with a temporary appearance of life, which soon faded, when the baby would appear to die and the stock would be duly buried. More often a fairy child who did not thrive would be left behind, while the coveted, beautiful human baby was taken. More often still the changeling would be an ancient, withered fairy, of no more use to the fairy tribe and willing to lead an easy life being cherished, fed and carried about by its anxious foster-mother, wawling and crying for food and attention in an apparent state of paralysis’.

Later this year, Sam will be giving a keynote at the ‘Investigating Identities in Young Adult (YA) Narratives’ symposium (16 December 2017, University of Northampton). This looks like it will be an exciting and innovative event. Unfortunately, I am unable to make it but looking at the CFP made me think about one of my favourite figures in recent YA literature – the changeling.

The figure of the changeling is an unsettling and uncanny element of folklore. The changeling is an imposter hidden in the heart of the family. Changelings can be a fairy child or convincing automaton which has replaced the human child, the ‘stocks’ which Briggs describes above. Though they are first accepted, their true nature is revealed through their monstrous appetites, violent behaviour or simply as they disintegrate. Desperate parents must trick the changeling, often through abuse, into revealing their true nature in the hope of their true child being returned. Briggs and others have acknowledged that the folk beliefs surrounding the changeling may be a way of dealing with childhood illness, absolving parents of guilt for the destruction of their child. She writes: ‘Infantile paralysis or any other unfamiliar disease among the various BLIGHTS AND ILLNESSES that came on suddenly would be accounted for by supposing that the child had been changed, and as a rule the parents would be advised to beat it, expose it on a fairy hill or throw it on to the fire’ (Briggs, Fairies, p. 71). Such a reading lends a heartbreaking element to the final sentences of the changeling folk tale ‘The Trow Steals a Child’. The changeling child screams solidly for eight days. Thus, ‘Jamie [the child’s uncle] knew it was a changeling, so he set the cradle outside the house-door, beyond the shadow of the lintel, and the changeling was no more. There was just an image left lifeless in the cradle’ (County Folk-Lore, Vol. 3, collected by G. F. Black[1903], p. 29). Rather than mourning the loss of the child or the pain of the child placed on a fire, changeling folklore concentrates on the horror of the parent rather than the experience of the changeling.

However, in recent YA literature the role of the changeling has shifted. By focalising the novels through the changeling, the reader is asked to shift allegiances. In YA texts, the changeling has come to symbolise young adult identity. Contemporary adaptations of changeling folklore depict this creature as unaware of their true nature. Their growing alienation and sudden awareness of the fairy world forces them to decide who they are and where they belong. Tropes which encapsulate teenagers struggle with their changing identity. These narratives navigate the fear that the teenager’s emerging identity will not be accepted by loved ones as well as the freedom that self-discovery brings.

While changelings abound in folklore and have been reimagined for a new generation of readers, I also noted during my research another interesting meaning. According to UrbanDictionary.com, a ‘changeling’ is a term for someone who trolls a community on their online forums and after they have been blocked, returns under a new identity to continue their harassment. The new identity of the troll is of interest to me as well but it is the overlap in contemporary culture of the troll and the changeling which is rather poetic. In the various folklore tales of the changeling which I have found, troll children are often swapped for human children. This is especially true of Scandinavian changelings. One example is the following tale from Denmark:

‘Another changeling was got rid of in the following manner. The mother, suspecting it to be such from its refusing food, and being so ill-thriven, heated the oven as hot as possible. The maid, as instructed, asked her why she did it.

“To burn my child in it to death,” was the reply.

When the question had been put and answered three times, she placed the child on the peel, and was shoving it into the oven, when the troll-woman came in a great fright with the real child, and took away her own, saying, “There’s your child for you. I have treated it better than you treated mine,” and in truth it was fat and hearty’.

Though I suspect that the connection between online trolls and changelings is not a direct adaptation of Scandinavian belief systems, it still intrigues me to see this relationship forged anew in 21st century culture.

The variety of forms of changelings can be seen in recent YA incarnations. Below is a brief discussion of three of my favourite texts that feature changelings as the protagonist of the stories. As this is the start of a research project, please forgive the bullet points.

The Replacement (2010) by Brenna Yovanoff 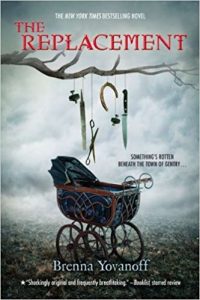 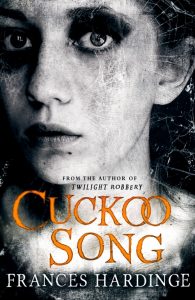 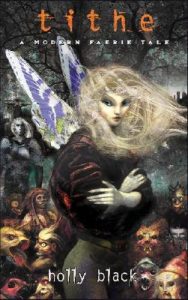 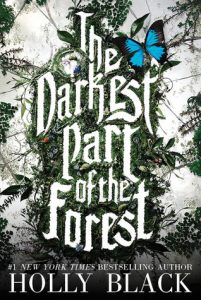 Holly Black returns to the idea of changelings in her later novel The Darkest Part of the Forest (2015). However, in this text the changeling is not a central character as such. Rather he is the love interest of the lead female character. I want to mention this text briefly because Black overlaps European changeling mythology with the Nigerian figure of the Abiku which features in Yoruba folk tales. In the novel, the changeling character Jack remembers his Nigerian grandmother telling him the story of Bola’s son which Black found in A. B. Ellis’ The Yoruba-Speaking Peoples of the Slave Coast of West Africa (1894), which features a very hungry changeling child. Like the North European changeling, the Abiku is often betrayed by the monstrous appetite and must be physically threatened in order to return the human child. Unlike the North European changeling, in this story, the Abiku is a spirit which inhabits the child and it is beaten out of it at the end of the tale. The Abiku is also connected to the idea of reincarnation and are referred to as the ‘born to die’. These are children who ‘are generally believed to have made pacts from the spirit world, to visit the earth briefly. And as such they initially please their earthly parents by their rapid growth, beauty, intelligence or cleverness, only to die prematurely when they would be of use to their parents’ (African Indigenous Religious Traditions in Local and Global Contexts [2015], ed. by David O. Ogungbile  p. 220). The body of these ‘born to die’ children must be marked in order to prevent them from returning. In this regard, they differ from North European folklore and Black elides the two. In the novel, Jack’s human mother burns him with a poker, in the style of European folklore, in order to have her human son returned. When the fairy mother brings her child back, she insists that she will keep both boys as she cannot believe the indifference of the fairy mother. Jack goes on to make a connection with his fairy mother. He is continually aware of his ‘difference’ but ultimately chooses the human world and his human love, Hazel.

Changelings, I believe, are the perfect way of discussing the difficulties of teenage identity and their sense of isolation. By putting the changeling in the role of the protagonist, making the subject of the text, the reader can inhabit their experience. Thus the alienation of the changeling mirrors the sense of isolation felt by teenagers and the fracturing of their identity. However, rather than accepting this state as an inevitability, the changelings make choices about who they are, allowing the them to actively navigate the creation of their own identity. Modern changelings, like teenagers, must make active choices in defining their own identities.

If anyone has any comments or thoughts on the above, I would be delighted to hear them. Alternatively, please let me know your favourite changeling texts.

This entry was posted in Critical thoughts and tagged changeling, fairies, Holly Black, YA Fiction. Bookmark the permalink.