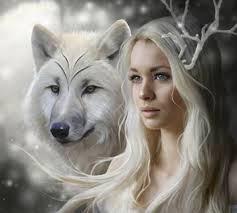 There has never really been a consensus about how we might define ‘paranormal’ or ‘dark romance’ and the ways it might differ from ‘urban fantasy’, or indeed how ‘dark fantasy’ is distinguishable from horror. Vampires are notably excluded from John Clute’s  taxonomy of fantasy in his 1997 Encyclopedia.  A huge irony given that ‘paranormal romance’, a sub genre of ‘dark fantasy’ has been dominated by manifestations of these undead creatures since the 1990s. There is a bias against YA fiction and representations of adolescence in such works.  It is clear that Buffy the Vampire Slayer (1997-2003) and its spin off show Angel (1999-2004) determined much of the vocabulary of the genre. Both shows had an extensive range of original novels and spin off novels, creating a vogue for high school gothic which resulted in the Twilight phenomenon in 2005. Roz Kaveney’s ‘Dark Fantasy and Paranormal Romance’ in the Cambridge Companion to Fantasy Literature (2012) is a solid attempt at interrogating the genre but it does not quite capture its innovation or appeal and for that reason I find  myself gravitating towards  Alison Waller’s  preferred term ‘fantastic realism’.  Waller redresses the bias in much main stream criticism by specifically situating this term and its sister genres within teen fiction.  Constructing Adolescence in Fantastic Realism is in the ground breaking ‘Children’s Literature and Culture’ series edited by Jack Zipes.

It is useful to pair this with Glennis Byron and Sharon Dean’s ‘Teen Gothic’ (Cambridge Companion to Modern Gothic, 2014) as the authors allow us to gesture back to the pre-Twilight 1990s when Anette Kurtis Clause’s The Silver Kiss (1990), Vivien Vande Velde’s Companions on the Night (1995) and Mary Downing Hahn’s Look for Me by Moonlight (1995) emerged and the YA gothics were born. This is a very readable essay which does much to explain the history of the genre without troubling itself too much over taxonomy. Despite ‘teen gothic’  being the topic however, Byron and Deans notably dissociate themselves from being seen to embrace Twilight (unlike Catherine Spooner in Open Graves Open Minds (2013)) .

It is interesting to compare all of these accounts with the opinion of those in the publishing and entertainment industry. ‘P is for Paranormal’ by Lucinda Dyer appeared in the Publisher’s Weekly in 2010 and contains some lively material on the connection between YA fictions and paranormal romance. It is understood that adult paranormal romance authors are doing just as much to fuel a new generation of readers but they have become increasingly drawn to YA fiction. “Writers suddenly saw a huge opening in the YA market and moved in to take advantage. Look at P.C. Cast or Rachel Vincent. I don’t think YA readers are crossing over into the adult genre as much as adult writers are crossing over into YA projects.”  The article still stands up as a popular take on the genre though Leigh McLennon claims that a broader history of urban fantasy and paranormal romance is needed. Her insightful 2014 article ‘Defining Urban Fantasy and Paranormal Romance’  is in dialogue with Dyer and it aims to provide a platform from which we can better analyse and understand how individual  paranormal texts may generate and contest the genre’s formal and thematic boundaries (she uses the term ‘urban fantasy’ quite broadly). This is something that OGOM’s Bill Hughes has been grappling with in essays such as ‘Landscapes of Romance: Generic Boundaries and Epistemological Dialectics in the Paranormal Romance of Julie Kagawa’s The Iron King’

We are now experiencing ‘a glorious Golden Age’ of paranormal romance  (Paul Goat Allen) and yet McLennon argues that:

Urban fantasy/paranormal romance remains surprisingly under-appreciated as a coherent body of genre texts. The primary difficulty in studying urban fantasy/paranormal romance as a genre is that although [it] has developed its own set of recognisable genre conventions (including character types, literary motifs and specific themes), these conventions have not been adequately defined or outlined critically. Pop culture industries have proliferated and even parodied a successful genre formula, yet confusion remains for both fans and academics over distinctions between genre labels, between genres and sub-genres, and consequently over the inclusion or exclusion of particular texts as urban fantasy, paranormal romance, or something else altogether.

There is still so much to debate here which makes paranormal romance a very pertinent topic for research, and one which we’ll be grappling with over the next few weeks on Generation Dead: YA fiction and the Gothic.

3 Responses to Teen Gothic: P is for Paranormal – Still