OGOM: YA Fiction and the Gothic

I’ve given a lot of thought to the titles I want to teach on my ‘Generation Dead: YA Fiction and the Gothic’ module but it is hard not to become overwhelmed once you start looking at lists and series. Most book sites now list gothic titles within the YA genre separately so we have YA Gothic on the Books Central site for example and  Good Reads 130 YA Gothic titles . Of the authors I have chosen, only Holly Black makes it on to the Good Reads list oddly (no. 17) but I did find some intriguing and creepy titles browsing on there, such as Fairy Tales for Wilde Girls 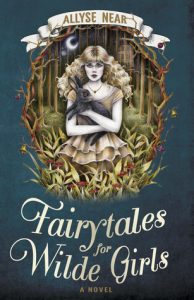 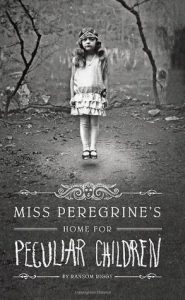 The Books Central site is very easy to browse with built in reviews and buying options and I did enjoy exploring the material on there (whilst at the same time being very conscious of what is missing and how feminised and romance orientated it is). Kaja’s post on fairy tale fashion is apt here as it seems that girls are encouraged to go straight from Disney princess mode to attracting a demon lover! I hope to embrace subversion and try to find texts that can break this mould. I notice that Annette Curtis’s Blood and Chocolate is listed  on this site and I have heard quite a lot about this novel from Kaja who is researching werewolf texts (she has presented conference papers on this book). 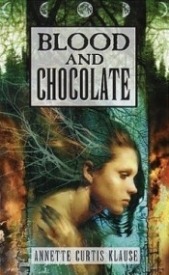 It is hard to know how impartial these sites are and whether certain authors or series are purposefully being promoted. I would like to know whether these lists are compiled by publishers or readers? Wording on the Good Reads site suggests that anyone can add books to the lists or vote for the titles but there appears to be a point system and the books are arranged numerically from 1-130 apparently showing their readability and appeal (though if you look very closely you can see that even some of the ones quite high up only have two reader’s votes).

These lists did not influence my choices at all. I knew I wanted to address undeadness, high school gothic, otherness, difference, liminality and animal/human boundaries. I was also looking for books which were in an intertextual relationship with gothic novels or fairy tales. Vampires were obviously going to feature (given OGOM and my ‘Reading the Vampire’ MA course) and I wanted to expand into zombies, and werewolves (prior to ‘Company of Wolves’) and dark fairies. I also needed to find books that could appeal to male students too and this proved to be very hard indeed given the marketing.  You only need to look at the covers of the majority of these novels to see that many publishers have given up on male teens as readers and I was aware that I needed to get twenty something male students engaging with these novels.  My final list is below:

I seem to have chosen well so far as the student feedback from last year was resoundingly positive but I still have anxieties that I have overlooked some absolute gems and so I keep on looking! Do let me know what you think of the short list.

Resources are fairly limited for my purposes too as they are either promotional and run by publishers or educational and aimed at librarians or secondary school teachers. I would like to see a site that explores these books via theories of contemporary gothic or intertextuality. There are one or two useful sites that I would direct my students to for browsing authors and series such as Cynthia Leitich Smith’s site. Her novel Tantalize made it on to my long list because of its intertextual relationship with Dracula but it did not make the final twelve. I would recommend her YA resource site to students though.

Another site that occasionally throws up something interesting is the Scholastic one. I found the promotional video for Shiver  on here and an author page for Maggie Stiefvater. There is also a. page which links to a Q & A on Shiver a Wolves of Mercy Falls discussion guide (for teens) plus Stiefvater reading aloud chapters 1 and 2.

The Beyond Twilight: Young Adult Fiction and the Gothic blog from Lancaster has an original round table discussion with writers and academics and is worth visiting. You can link to it from this blog.  It has not been updated for quite some time now sadly.

I am keen to expand this YA area of the OGOM blog and the posts relating to the ‘Generation Dead’ module should make for an engaging and searchable archive. You can access all our posts and link to YA author sites from this blog.

Do let OGOM know if you are researching in this area or are a writer in this genre with ideas for research we’d be interested to hear from you!!

2 Responses to OGOM: YA Fiction and the Gothic