CFP: Investigating Identities in Young Adult (YA) Narratives, 13 December 2017, The University of Northampton

Posted on 5th August 2017 by William the Bloody 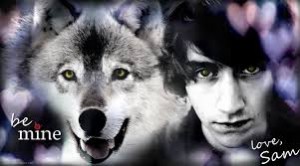 This symposium on Investigating Identities in Young Adult (YA) Narratives offers opportunities for researchers in YA Gothic and fantastic genres, which is a core part of OGOM’s own research.

OGOM’s Dr Sam George will be delivering a plenary on identity and YA fiction within the academy, drawing on her very successful undergraduate course Generation Dead: Young Adult Fiction and the Gothic and OGOM’s collaboration with such YA writers as Marcus Sedgewick and Daniel Waters. My own research for OGOM has concentrated on YA paranormal romance and reworkings of fairy tale and I am hoping to present at the symposium.

Investigating Identities in Young Adult (YA) Narratives: Symposium on the 13/12/2017 at The University of Northampton UK

From JK Rowling’s Harry Potter series to Stephenie Meyer’s Twilight, Young Adult (YA) narratives have grown exponentially over the past twenty years. Adopting a range of genres and platforms including the Bildungsroman and the coming of age teen drama, YA narratives represent a significant cultural means to explore the formation of identity in all its varied aspects. This one day symposium at the University of Northampton will investigate the representation of identity constructions in relation to narrative form in YA narratives both past and present.

Suggested topics may include, but are no means limited to:

– Representations of racial/ethnic identity in YA narratives

– Representations of gender and/or sexual identity in YA narratives

– Interrogations of YA narrative’s treatment of LGBTQIA+ identities

– The effect of trauma on identity in YA narratives

– YA narratives and the notion of the outsider or other

– The representation of non-binary identities in YA narratives

– The transition from childhood to adulthood in classic (children’s) literature

– The use and function of supernatural identities in YA narratives

Being an interdisciplinary symposium focused on narrative, papers from across the subject areas of literature, screen studies, history, popular culture and education studies are invited. The symposium welcomes papers on both YA literature and screen adaptations, and from scholars working on earlier periods as well as contemporary culture.

1 Response to CFP: Investigating Identities in Young Adult (YA) Narratives, 13 December 2017, The University of Northampton