CFP Company of Wolves: only ten days left to submit and actually walk with wolves!! 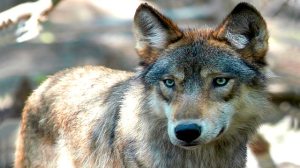 Following my post yesterday where I lamented the last wolf and talked about Maggie Stiefvater’s ‘Wolves of Mercy Falls’  Shiver books, Radio 4 today featured a discussion of this very topic – in a moment of surprising serendipity. Again, this burst of awareness is extremely timely for our Company of Wolves Conference.

In The Last Wolf Tom Holland meets up with one of Britain’s leading conservation writers Jim Crumley at Stirling castle to discuss the myth of the last wolf.
The symbol of Stirling is a wolf and this refers to a story where the howl of a wolf alerted local people to a Viking raid in the 9th or 10th century. But, after this there are few stories of wolves doing humans a good turn. Invariably, the wolf is ‘bad’ a danger to livestock and children. So much so that Edward 1st paid a bounty to have the wold eradicated. However, stories about wolves stretch into the nineteenth century and so it is impossible to know precisely when the wolf disappeared from the British landscape. Now, in the 21 century, the wolf is one of the creatures that those leading the so-called re-wilding campaigns want to re-introduce. Helen Castor also talked to Professor Ronald Hutton from the University of Bristol who is a scholar of myth and folklore to explain how wolves are moving from ‘good’ to ‘bad’ and Jim Crumley author of  The Last Wolf published by Birlinn.

If you are interested in these debates or are working in this area do contact me on s.george@herts.ac.uk I would love to hear from you.

Only ten days left to submit for OGOM’s Company of Wolves conference where we will actually be Walking With Wolves and will investigate re-wilding projects as part of the programme.

It is going to be Wawesome!!!

Senior Lecturer in Literature, University of Hertfordshire
View all posts by Sam George →
This entry was posted in CFP (Conferences), OGOM: The Company of Wolves and tagged CFP, Conference. Bookmark the permalink.

0 Responses to CFP Company of Wolves: only ten days left to submit and actually walk with wolves!!